Biking Across The Australian Outback

I’ve recently arrived in Australia, and have until now managed to evade the slew of horrible things that can kill me.

In fact, I have yet to come face to face with any of the deadly arachnids, reptiles, or sea creatures capable of hurriedly bringing any one of us to the stoop of Death’s door. In other words, Australia’s been one huge disappointment.

So what am I going to do about it? I’m going to head into the Outback. With no real plans. On a bicycle. Alone. Yay?

Although I have a lot of catching up to do on my posts, I didn’t want to leave this to be posted after the fact (as most things to come will be).

So what’s the plan? Bike from Melbourne, to Uluru, and then to Cairns.

I will have approximately two months to complete 2,860 mi / 4,600 km journey and really have no idea if that’s even a realistic amount of distance to cover in that amount of time. Is 48 mi / 77 km a day a lot to do on a bike? I guess not if I can ride over 12 hours since that would only mean 4 mi / 6.4 km per hour. People are capable of doing that without a bike.

Basically this will be a piece of cake.

I have absolutely nothing in the way of bicycle gear (this includes a bicycle), and I believe the longest I’ve ever ridden a bike in a single day is something like 55 mi / 89 km.

Thankfully for me (I think), most of the terrain I will be crossing should be incredibly flat (barren, and full of things that can kill me in my sleep – probably going to be setting up the tent).

Time for a closer look at the terrain.

Here I have placed two images (so if you’re blocking images because you’re reading this somewhere you shouldn’t be, then know you’re missing out). One is a closeup of the surface of Mars; the other is an aerial view of the Outback.

I don’t think it’s too tough to tell the difference, but don’t lie – if I showed you the Outback photo and said it was Mars, you wouldn’t know any better (and if you can’t tell which is which, then I think you know what we’re dealing with here). 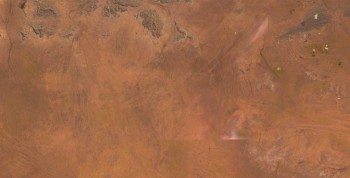 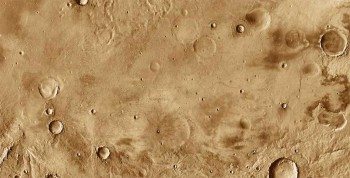 So that’s the plan: Melbourne, to Uluru, to Cairns (which is pronounced “cans” in case you’ve been saying cairons).

I am thinking that I will be camping the entire way and am hoping that I am not struck by a vehicle at some point along the trip. If anything is going to kill me out there, it’s a terrifying venomous snake or insect – not some idiot trying to take of selfie of themselves driving down a deserted desert road.

If any of you have any experience with this kind of thing, leave a comment and let me know how I can better prepare myself to make this journey more enjoyable than excruciating.

Time to do some shopping.