Having spent an entire day confined in bed, I feel that I'm ready to continue my ride across the Australia.

My knee still doesn't seem to quite agree, but that's something I'll just ignore until it becomes a serious medical issue (probably exactly what a doctor would recommend I do).

Forgetting about my boring knee for a second, two very exciting things happened today (actually three if you think being rained on is exciting – it isn't):

The Giant Koala? Yes, not a (lowercase) giant koala, but the (uppercase) Giant Koala.

Yes, it would seem that Australia has a long and proud tradition of building large versions of objects to bait passing tourists.

And it all started with a banana. 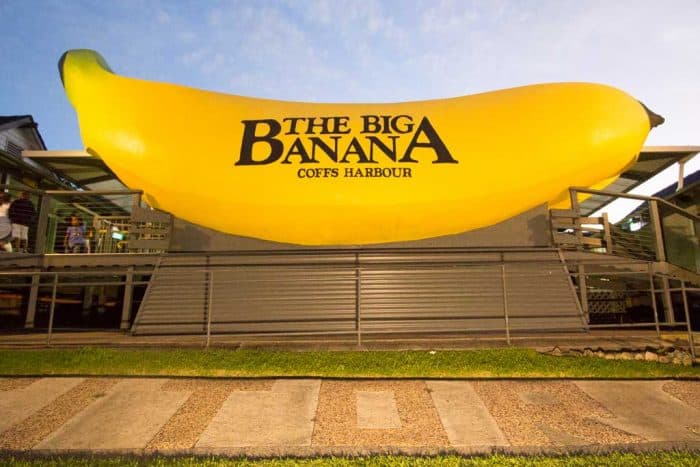 Yes, apparently Coffs Harbour's Giant Banana (which I saw during my hitchhike down the eastern coast), kicked off this roadside attraction party.

To be completely honest, the Giant Koala is terrifying looking. It's not at all what I imagine when I think of those adorable arboreal herbivorous marsupials. This thing's more like the Giant Zombie Koala. If it's intended to be inviting, it's got some work to do.

If you squint your eyes when you look at it, it kind of just looks like a giant rock – and Australia's already got one of those.

I'm going to miss the Giant Lobster, which makes me sad, but at least I got to see the Giant Prawn (aka the Giant Shrimp) up in Ballina (during my hitch). 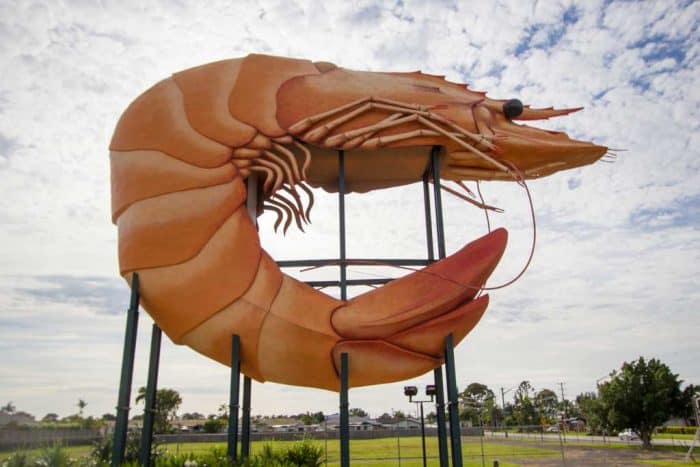 I also missed the Big Miner and the Big Ned Kelly in Ballarat back on Anzac Day, but I'll get over it because I still have all these to look forward to:

Yeah, I know, I'm also excited for the Big Aboriginal Hunter. There will be documentation.

But as far as biking today? Another 52 mi / 84 km behind me – rain in the morning, Giant Koala in the afternoon, and a covered picnic area with outlets to camp in for the night.

Also, this place has the biggest moths I've ever seen in my life (and they are terrible at flying). Seriously, as big as my hand.

At least your chair is probably more comfortable than mine.

Awesome idea for an adventure. I definitely want to travel into the outback sometime although biking on roads terrifies me. Randomly found this site today as an Aussie dreaming about hiking the PCT. Hope your knee improves and you have a terrific experience 🙂

Cars are the number one killer on the PCT – although my odds of being smashed in the Outback are probably higher.