As part of the Continental Divide Trail Hiker Survey, I ask hikers what their lowest moments on the trail were and when, if ever, they encountered a situation where they felt legitimately afraid or in danger.

Every year, Continental Divide Trail hikers tempt avalanches, dehydration, hypothermia, angry bears, nice bears, bad drivers, forest fires, and more. I don’t want to try to scare you out of a CDT attempt, but I do want to remind you that it’s not all beautiful views and good vibes out on the trail. The trail does not care about you or your feelings and you would be wise to remember that.

Lowest Moments on the Trail

Have your own tale of woe from a Continental Divide Trail thru-hike? Leave a comment below and warn future CDT classes of the awfulness that awaits them on their thru-hikes.

I get a lot of people asking every year how to support the surveys and beyond sharing them with your close-knit bubble of weird hiker friends, the best way to support the Continental Divide Trail is to donate on Patreon. You’ll get access to exclusive posts, discount codes, live streams, and super extra cool stickers so that everyone will know how cool you are.

If you’re not into Patreon, that’s cool, you can always Venmo @halfwayanywhere or PayPal [email protected] 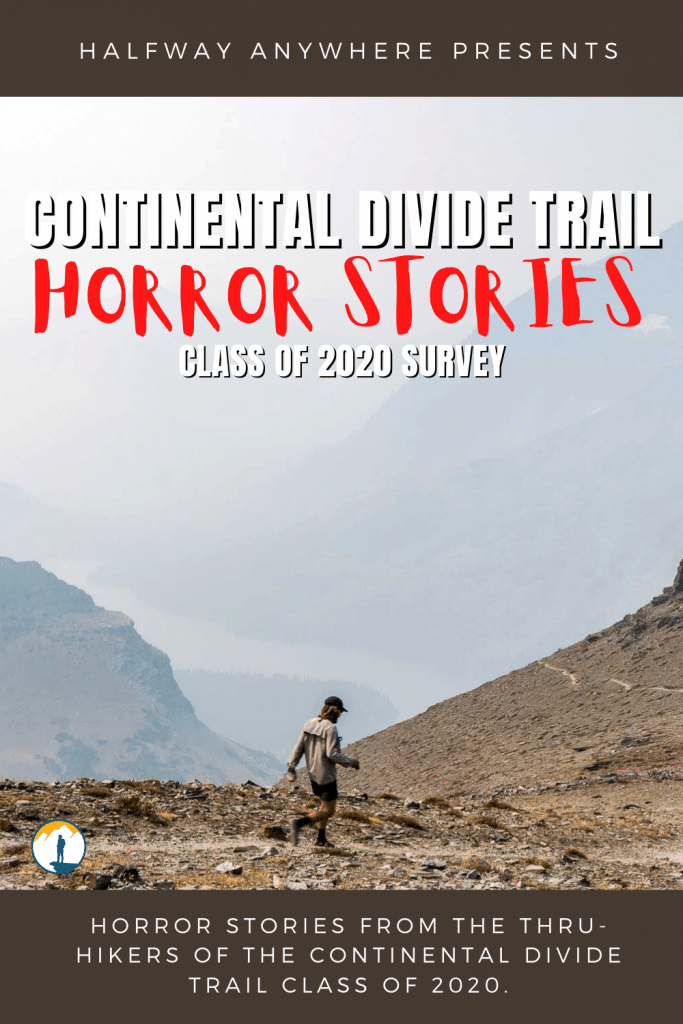