Check out the most recent PCT Gear Guide here.

For this past year's Pacific Crest Trail Thru-hiker Survey, I collected more data than I have any other year (thanks again to everyone who participated).

To make sure we're getting the most out of this data, I've decided to break down the survey results into more detailed posts, including demographics, resupply, trail stats, and this post, gear.

First, let's review what we went over in the survey results.

NOTE: A list of the different categories I broke hikers into and how they are identified can be found at the end of this post.

Based on the survey responses we can piece together what an “average” Pacific Crest Trail hiker's gear list looked like for their 2016 thru-hike.

Let's take a look, shall we?

Here we'll take a closer look at the MOST COMMONLY USED GEAR from this year's PCT class.

Remember, this is the most commonly used gear – simply because something was the most used does not necessarily translate to it automatically being the “best” (or even good).

Futher down we look at what gear hikers DID NOT like, so it might be best to read through the entire post before you go crazy with your gear selection.

The ULA Circuit was the most popular pack for Pacific Crest Trail thru-hikers last year. It easily fits the BV500 and other bear canisters and carries up to 35 lbs (16 kg) of gear. 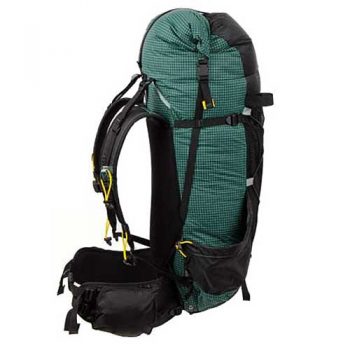 The Big Agnes Fly Creek UL2 was the most popular shelter for Pacific Crest Trail thru-hikers last year. NOTE: the Fly Creek UL2 has been replaced with the Fly Creek HV UL2 which is designed with steep walls and a vertical door to provide more floor and head space. 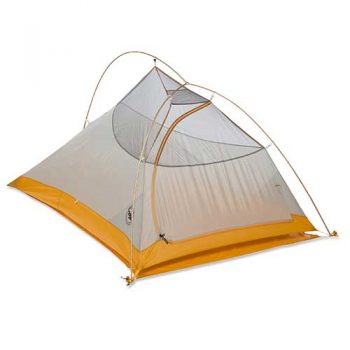 *the Copper Spur UL2 has been replaced with the Copper Spur HV UL2 which is designed with steep walls and a vertical door to provide more floor and head space.

The Zpacks 20° was the most popular sleeping bag for Pacific Crest Trail thru-hikers last year. However, a lot of hikers complained of this bag not being warm enough (especially in the Sierra). Like I said above, most common does not equal best. 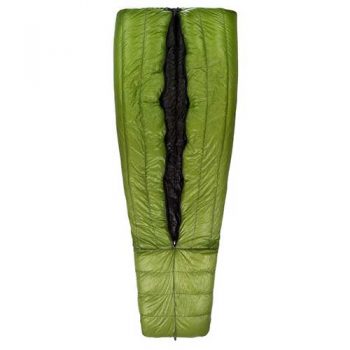 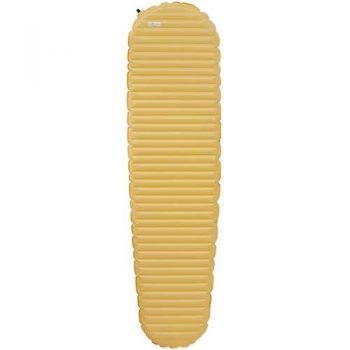 The MSR PocketRocket was the most popular stove for Pacific Crest Trail thru-hikers last year. However, 20% of respondents said they went stoveless on the trail (something to keep in mind). 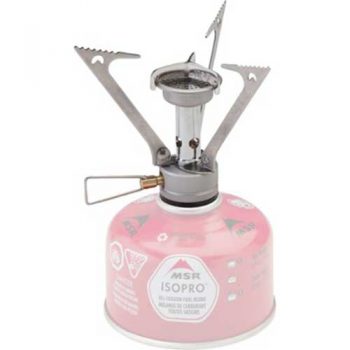 The Sawyer Squeeze was the most popular water treatment system for Pacific Crest Trail thru-hikers last year. Remember that you do not need a system that treats for viruses on the PCT (at least that's what the word in the mountains is). 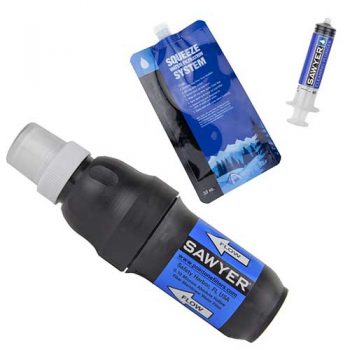 The BearVault BV500 was the most popular Bearn Canister for Pacific Crest Trail thru-hikers last year. Bear canisters must be carried north of Lone Pine, but most hikers begin carrying them at Kennedy Meadows They can stopped being used at Bridgeport (but many hikers loose them in South Lake Tahoe). 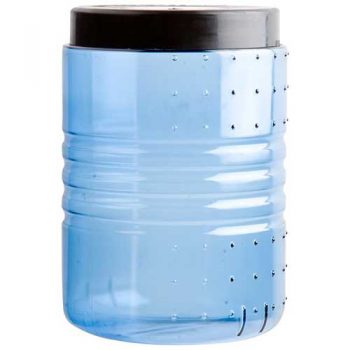 So if we take the most commonly used items above and throw them into our PCT thru-hiker's backpack we come up with a base weight of 6.77 lbs / 3.07 kg (not including the bear canister).

Of course, this is missing a lot of things – including rain gear, a down jacket, a headlamp, extra clothing, and whatever else people throw in their packs. However, it doesn't get us anywhere close to the AVERAGE STARTING BASE WEIGHT of this year's thru-hikers: 20.12 lbs / 9.15 kg.

So what was everyone bringing that they didn't need?

Here are the top things it took hikers the longest to get rid of (and things you may want to think twice about bringing).

And what sort of “extra clothing” were people carrying around in their packs?

Speaking of base weight and things you don't actually need to bring on your PCT thru-hike, let's take a look at the breakdown for some base weights for various groups of hikers.

Certainly most people learned the lesson of “less is more” while on the trail, but it's also interesting to note the difference in base weights (particularly the starting base weights) for thru-hikers who did and did not finish the trail.

On average, people who COMPLETED THE PCT had a starting base weight that was 3.68 lbs / 1.67 kg lighter than people who DID NOT FINISH.

Obviously, this does not mean that if you cut your starting base weight by 3.68 lbs / 1.67 kg you're going to finish the trail, but it is interesting to see that there's a significant difference.

Next, let's take a look at how base weights compare between people who were thru-hiking their first long-distance trail and those who had already done a long-distance thru-hike.

I don't know about you, but I would say that this information makes an awfully good case for you getting your base weight down.

And know that this does NOT mean that you have to have a crazy sub-five-pound (2.3 kg) base weight to have a successful thru-hike. You don't even need to have a sub-ten-pound (4.6 kg) base weight. All you need to do is make sure that you're not overloading yourself with things you don't need.

Could someone happily and successfully hike the PCT with a thirty-pound (13.5 kg) base weight? Sure. Could everyone? Probably not.

Think hard and long on what you REALLY need out there on the trail.

And don't say I didn't try to warn you when you still decide to bring all that extra weight (because 100%, some of you will ignore this advice and bring a bunch of unnecessary gear anyway).

And one final note: thru-hikers with an ending base weight BELOW THE AVERAGE of 16.2 lbs / 7.36 kg finished the trail on TEN DAYS quicker than those with ending base weights above the average (and ten days in Northern Washington can be a huge difference with approaching fall/winter storms).

THE BEST AND WORST GEAR

Until now, we've covered the most commonly found gear on the Pacific Crest Trail and attempted to reinforce the idea that you should lighten up your pack (seriously).

Now, we're going to look at what you should probably think about bringing along as we sift through this class's FAVORITE GEAR.

The most reported piece of gear that thru-hikers loved? The Altra Lone Peak 3.0. What's that? It's a shoe.

Shoes are a big problem for a lot of hikers each year, so I suggest that if you're only going to test ONE PIECE of your gear, make it your shoes (and test them with a fully loaded backpack out on a trail somewhere – not around your living room).

More of this class's favorite gear items were:

I asked hikers which piece of gear they would most like to UPGRADE and came up with the following list:

By cross-referencing people's gear with what items they said they would upgrade (and by reading through the gear comments), I tried to get an idea of the LEAST LIKED gear out on the trail.

Here's what I came up with.

NOTE: an appearance here does not necessarily mean that this gear was not liked by other hikers.

And here are a few more stats I managed to harvest from the data mound:

Lastly, here are some tips from the PCT Class of 2016 to consider before making your final gear selection:

And since so many people decided to comment on rain gear, I decided to have a separate section for the rain advice.