PCT, AT, and CDT Illustrations by First Row

So you’ve completed your life’s greatest accomplishment and, being that we live in the future, you have been forever immortalized via photo at the end of your grand adventure. But what’s that? Your hiking partner and trusted companion sucks at taking pictures? Did you finally make it to the other end of the United States and the weather was shit so you couldn’t get that “perfect monument photo”. Let’s be honest, the only reason anyone is hiking any of these trails is to get their photo taken at the end. I don’t care what anyone tells you, that’s why they’re hiking (even if they didn’t even take their photo at the end – don’t let them fool you).

You can find all of First Row’s work and to request an illustration via Instagram (@sannawandert) or her website, www.sannawandtke.de.

And in case you’re wondering, I had her do two different versions of my monument photo from the PCT’s northern terminus because I am fairly certain there was a Tyrannosaurus rex there, but I can’t be sure. Better to have both just in case, right? 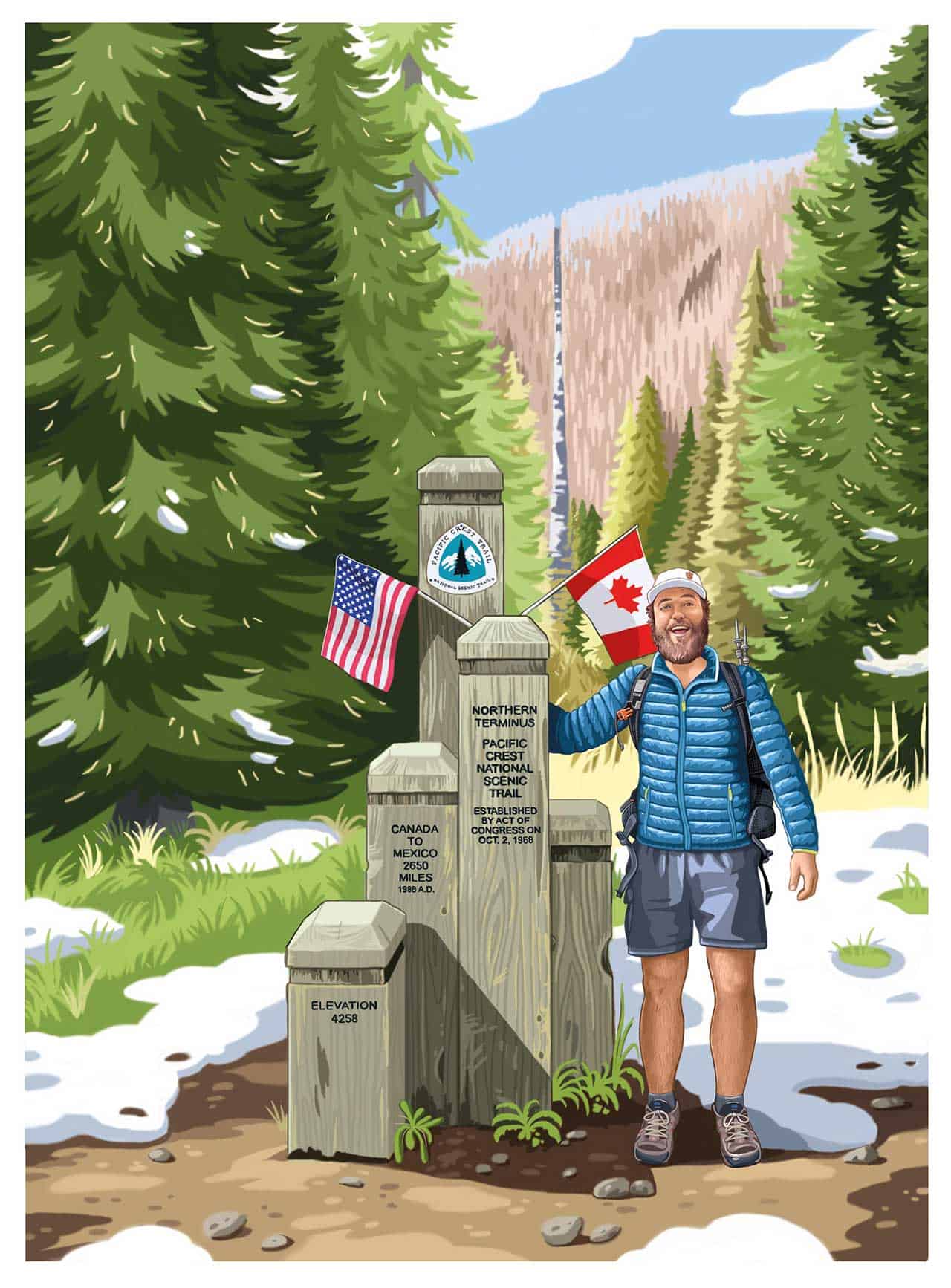 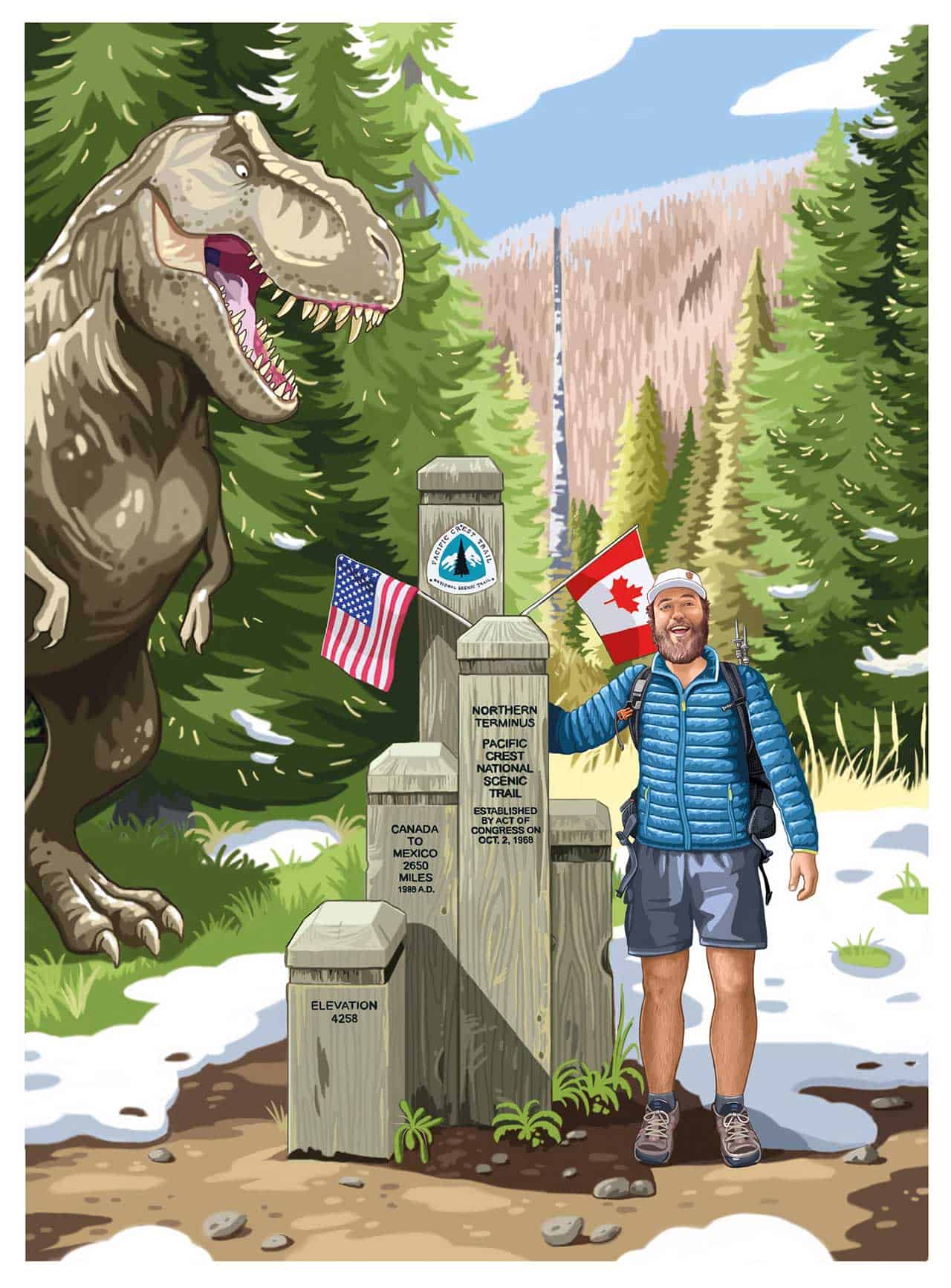 What’s that? You’ve hiked the Pacific Crest Trail recently and don’t understand why the monument in my illustration looks so old? Well in 2018 the PCT’s northern terminus was replaced (updated), so if you’re a hiker who has completed (or taken your photo at?) the new northern terminus, you can expect something more like this. 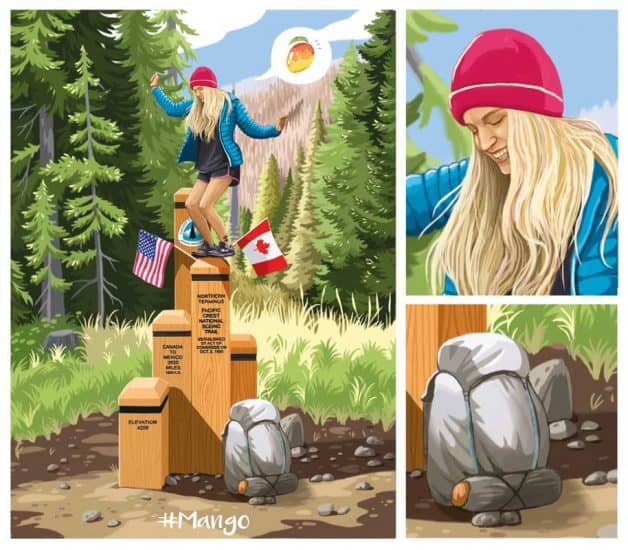 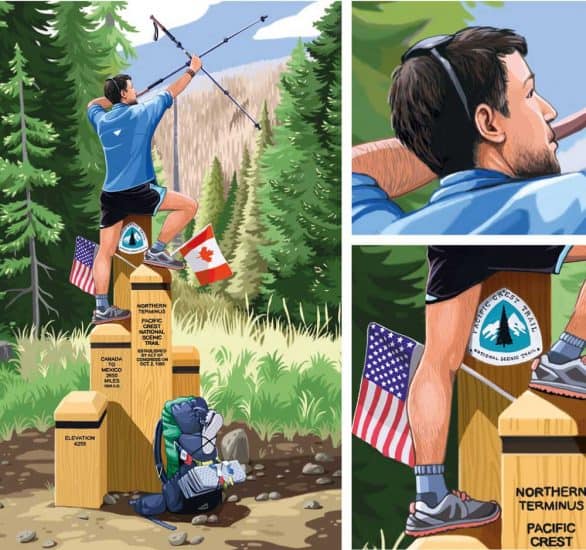 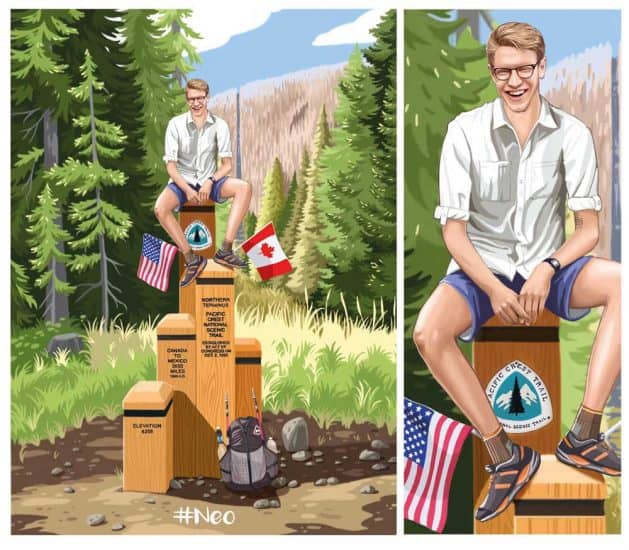 Monument photos not your thing? Didn’t make it to the end? Didn’t start at the beginning? Don’t want to do the same thing as everyone else? That’s cool. First Row also takes custom requests for elsewhere on the trail. 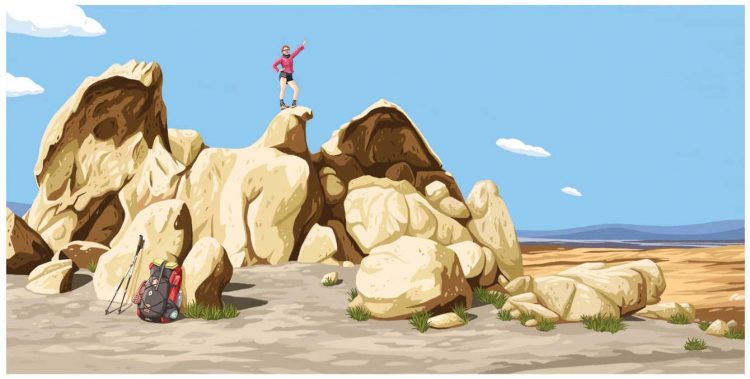 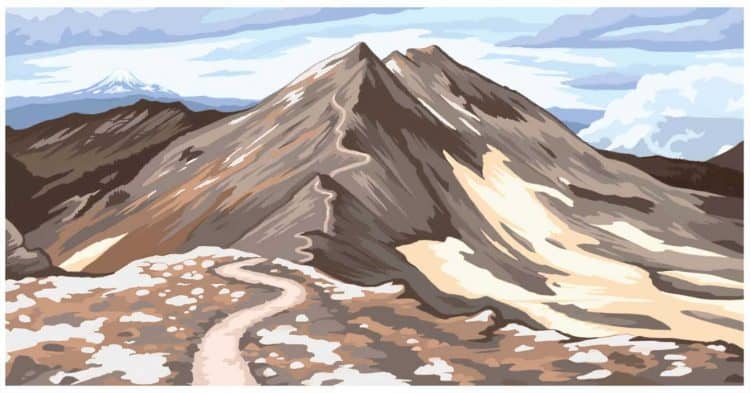 Don’t have any idea what’s going on in any of the above photos because you’ve never hiked the Pacific Crest Trail? That’s cool, she’s got Appalachian Trail hikers covered too. 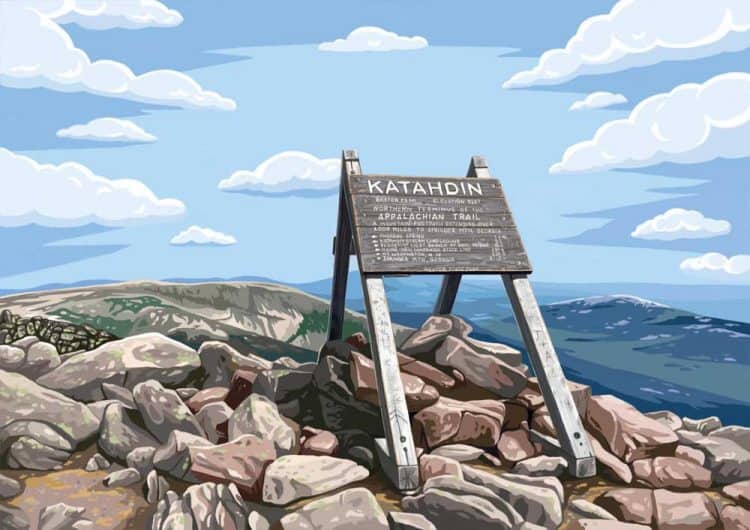 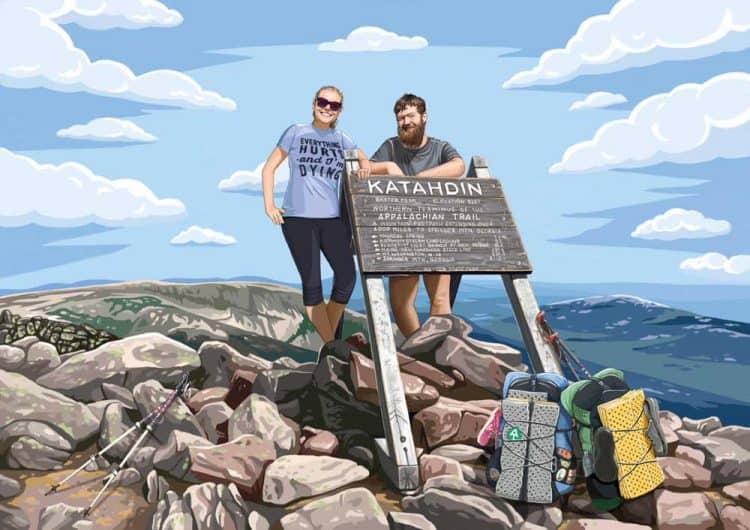 Basically, she’s a thru-hiker and talented illustrator (at least as far as I can tell being a not-at-all-talented illustrator – but this is good stuff, no?). To check out all of First Row’s work and to request your own illustration contact her via Instagram (@sannawandert) or her website, www.sannawandtke.de. 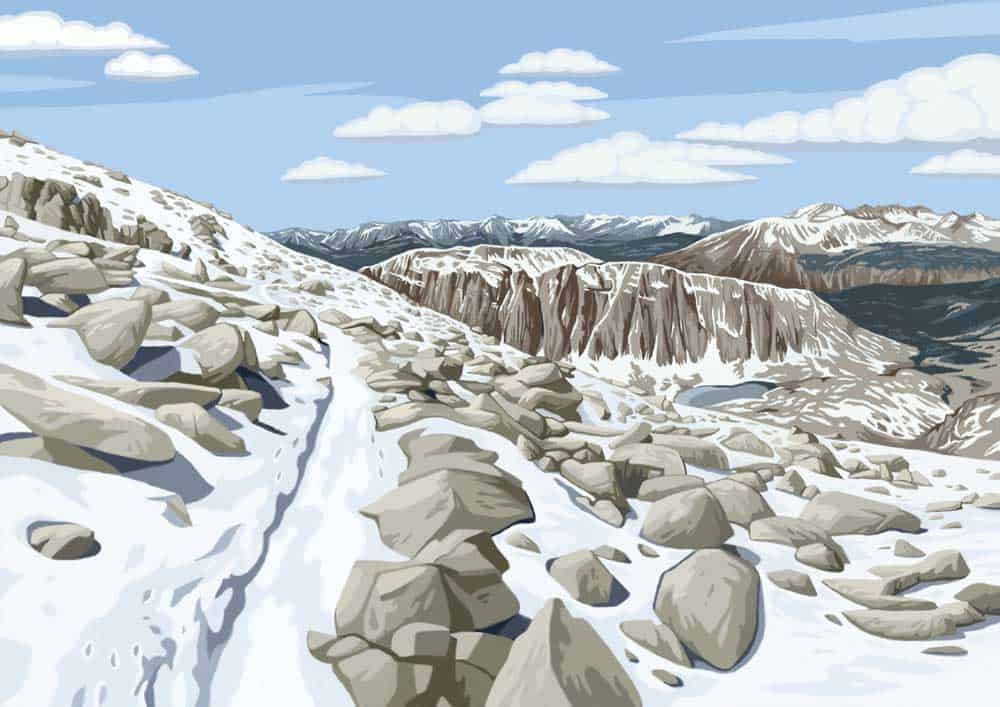