The Three Passes Trek in Nepal is in the Everest Region (Sagarmatha National Park) and takes trekkers across three high passes, Kongma La (18,209 ft / 5,550 m), Cho La (17,782 ft / 5,420 m), and Renjo La (17,560 ft / 5,360 m) – hence, the Three Passes Trek. It's a lollipop loop that can be done starting at Lukla (that scary mountain airport that you fly into) or further down the mountains at Jiri, Shivalaya, Salleri, or Phaplu (I recommend starting at Jiri if you have the time – it will also save you on having to buy plane tickets to/from Lukla).

If you're only going to go to Nepal once in your life – as you should – and you're intent on hiking (and are not doing a meditation retreat or growing dreads and hanging out in Pokhara), then you need to do the Three Passes Trek. And ideally, you need to hike in from Jiri. Fuck Everest Base Camp, fuck the Annapurna Circuit, fuck the Manaslu Circuit, and fuck Poon Hill. Three Passes Trek from Jiri. This is what you need to do. And if Everest Base Camp is really important to you, it can easily be done as a detour from the Three Passes Trek (normally this will add one day – if you're slow, maybe two; if you're fast, maybe none). 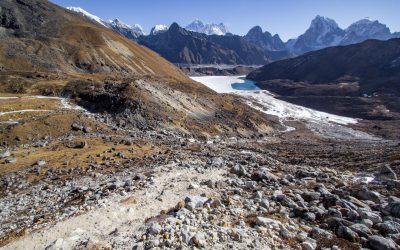 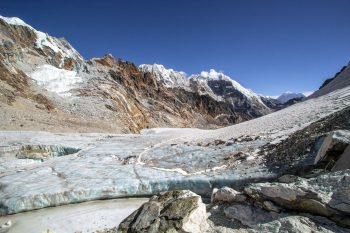 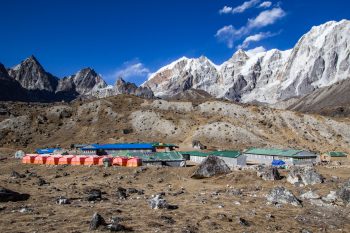 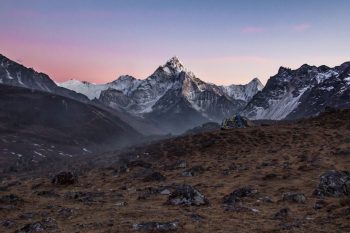 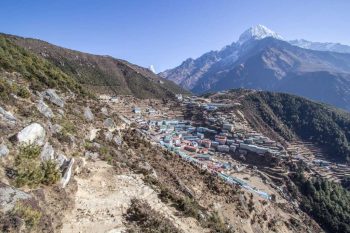 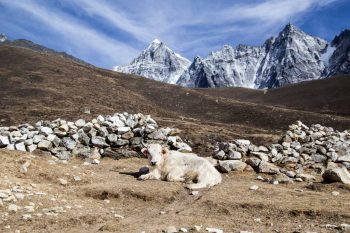 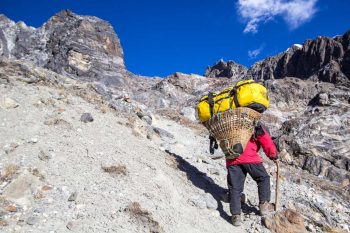 Food on the way to Three Passes Trek is far more plentiful than you may imagine. Many of the lodges have a surprising number of options and you could easily find yourself eating something different every night (or be like me and stick to Dal Bhat, pizza, and momos). For more on food on the Three Passes Trek check out this post. 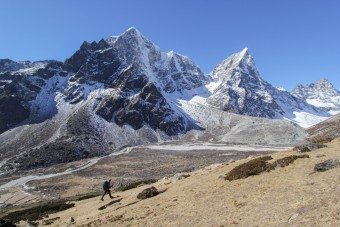 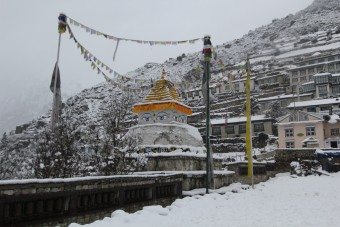 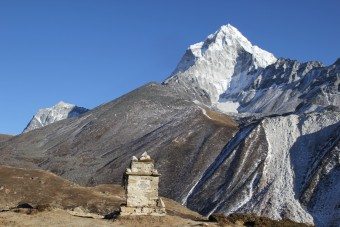 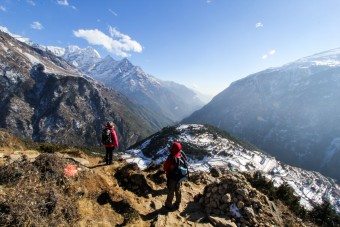 I still remember when we met at Tengboche while you were doing this trek. We had some beautiful conservation went on and you were so adventurous. I follow you on Facebook as well love to see your post on there too. And Keep posting such a piece of great information to everyone who wishes the adventure in Nepal.

I remember when we met, too – I can’t wait to make it back to Nepal!

As a trekking guide, i have done this Everest three-pass trek couple of times every time i go there i feel more energetic and fantastic. Reading this article now while staying in the home because of the coronavirus and no trekkers in Nepal for the trek recall all my walking experience in those places.

It’s an awesome post, and really useful to get the information of an Everest Three Passes Trek. Thank you so much for publishing such a nice article.

Thanks for the feedback!

It is a great guide Mac. We have a similar 3-passes trek in Indian Himalayas.

I have yet to get there – what’s it called?