Bear canisters are an essential piece of backcountry equipment for anyone traveling into bear country (or even anywhere in the backcountry there are animals). Not much has changed recently in the bear canister and food-protection space, but BearVault has just released two new products, the BV425 “Sprint” and the BV475 “Trek“. Both bear canisters meet Interagency Grizzly Bear Committee (IGBC) grizzly bear testing standards as of May 2022.

At first glance, two new sizes of what's essentially the exact same canister might not seem like anything to get too excited about. However, such a hasty assessment fails to recognize that hikers have long been forced to choose between either too much or not enough space for their resupplies. With the addition of the Trek and Sprint, hikers now have twice as many options on offer from BearVault to help protect their food (and protect the bears) in the backcountry.

And so long as we're on names, the previously released BearVault models, the BV500 and BV450, are named the “Journey” and the “Jaunt” respectively. I did not know this which makes me think I can't be the only one.

Here are the specs on each of the new bear canisters:

The Trek means that speedier hiking partners may be able to forgo carrying a BV500 in favor of something a bit lighter. It's also a great option for long stretches where the BV450 won't quite hold enough but where the BV500 would be overkill.

Having a smaller option now available, the Sprint means that you'll no longer have to dedicate half the space in your backpack to a bear canister that will remain largely empty – or that you'll end up filling with food to carry for your entire trip, not eat, and then unpack when you're out of the wilderness.

I'm excited to put these new canisters to use and to see how they're adopted within the thru-hiking community. This year's hiker surveys will likely be too soon to tell, but for those eyeing the John Muir Trail or Pacific Crest Trail – or really anywhere you'll encounter bears – next year, these two cans are certainly worth a look once they receive the green light from SEKI and Yosemite. Note: they are not currently officially approved for use within the parks.

Bear canisters have long been both a limiting factor for hikers and the bane of many hikers' packs (though we should work on changing this). With new options available, it will be interesting to see if and/or how resupply strategies change with the introduction of these new sizes.

Correction June 20, 2022: It was originally stated that these canisters were approved for the entirety of the Pacific Crest Trail and John Muir Trail. However, they have yet to be officially listed as approved in SEKI and Yosemite. 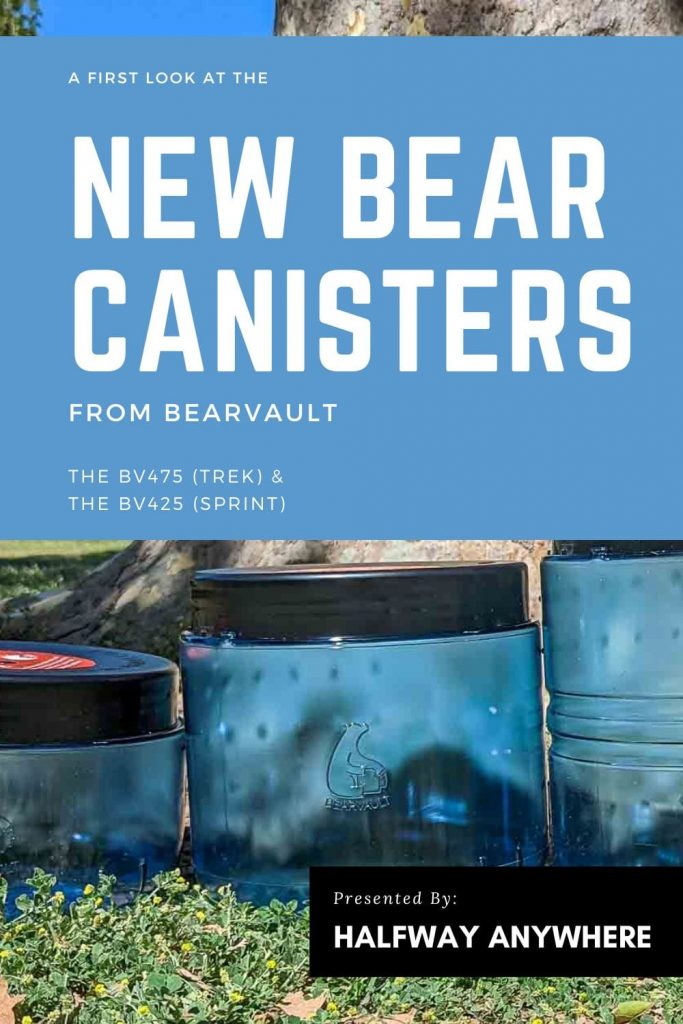