After finishing a subpar IHOP breakfast accompanied by a delicious bottle of Barefoot Sauvignon Blanc, I was dropped off at LAX by my acquaintances Mr. Sterv and Senhor Cardiner. I do not remember much of LAX, but I do know that the people sitting next to me on that first plane were nowhere near as exciting as the people I would meet in Charlotte, North Carolina; where you can only buy one drink at a time in the airport bars (wretched place).

It is in Charlotte I meet Steve, a wise man of many girlfriends originally from Mississippi, traveling back to his home of 14 years in Brasilia (that's the capital of Brazil). Steve owns a restaurant there, where he sells burgers and Mississippi style BBQ (I hope to eat said BBQ one day). He serves as a vessel of much knowledge regarding o Brasil, and we end up sharing a bottle of Jameson while on the plane to Rio de Janeiro (courtesy of Charlotte Duty-Free). 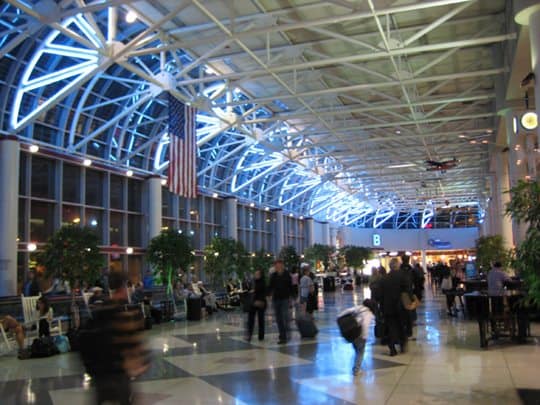 I had my own row on the plane due to my being seated in the frontmost row, and the lack of a visible television (as a result of the bathroom being directly in front of me). Apparently it is very important to be able to watch the three mediocre films being shown on the flight (guy originally next to me got up and moved), but I have devised better ways of spending my time – watching people attempt to open the labyrinth of a door to the airplane lavatory (the secret is: you push). An hour or so into the flight a carioca (person from Rio) comes and sits next to me because her previous seat would not recline (a more important function than access to aforementioned films).

I communicate using what little grasp of Portuguese I have (although it got progressively better due to my Irish friend's help) until she falls asleep…or maybe I fall asleep…I don't know. The only important thing is that I stay asleep for approximately six hours while at the same time managing to sit down on the floor of the plane in front of my seat (which is far more comfortable than reclining in your seat, I suggest you try it). When I awake to a pounding sensation in my head I crawl back into my seat and attempt to replace the battery in my laptop as all other means of music listening had been exhausted – I am unsuccessful.

Two more wretched and musicless hours pass before we touch down in Rio. If I had known that this would have been the only sleep I would get for the next thirty hours, I would have planned more accordingly.