After everything you’ve read you still want to hike the Pacific Crest Trail? Well, I have some news for you: you’re probably going to die out there (and nobody will miss you).

Perhaps inspired by tales of past thru-hikes or motivated by some emotionally shocking event in your life, you think that conquering the Pacific Crest Trail will bring you some sort of existential satisfaction. It won’t.

Or maybe you’ve got yourself an alternative lifestyle. Maybe you drink kale smoothies and say things like “you know that’s bad for you, right?” Maybe you’re in your late fifties and are wanting to conquer that dream you had thirty-something years ago. Maybe you’ve never been overnight backpacking before, or maybe you’ve already completed another long-distance hike on some equally perilous footpath (this does not improve your odds of survival). It doesn’t matter who you are or what your intentions are – you’re going to die.

Chances are that if you intend to thru-hike the PCT in the first place, you don’t have anyone in your life who cares about you (if you did, they would most certainly prevent you from going). At least when you do meet your end at the bottom of a ravine or the jaws of a starving mountain lion, nobody will miss you.

What’s going to kill you

Before we get into the specifics as to why you’ll die, let’s take a look at the things that have the ability to kill you whilst hiking the PCT:

And I’m confident that’s not even close to everything capable of ending your fragile and meaningless existence (let’s be honest, when the sun explodes and wipes humanity out from the known universe, nothing you did will make a difference).

The specifics as to why you’ll die

So now we know what can kill you, let’s take a closer look at why you specifically are going to be helicoptered out of the wilderness in a body bag.

Should you by some incredibly improbable miracle manage to complete the entirety of the Pacific Crest Trail, well good luck readjusting to society and working through your crippling depression and suicidal thoughts.

What they’ll try to tell you

Unfortunately for you, the world is filled with people who encourage this sort of behavior. These people are only trying to get you out of the way to advance their personal agendas.

In your moments of doubt, when you don’t know whether the PCT is something you should really commit yourself to (it isn’t), these people will show up and try to “encourage” you. However, what they are actually doing is hastening you along the path to an inevitably painful death.

These people are not your friends, your peers, your “trail buddies”, or even (depending on how far you’re willing to take this) your fellow human beings. Here are some of the things you may hear accompanied by the translations of what these things actually mean:

But wouldn’t you rather blissfully march to your doom thinking that these people meant for you to return safely? Better to just not confront anyone and feign ignorance until your time is up.

Have a good hike! 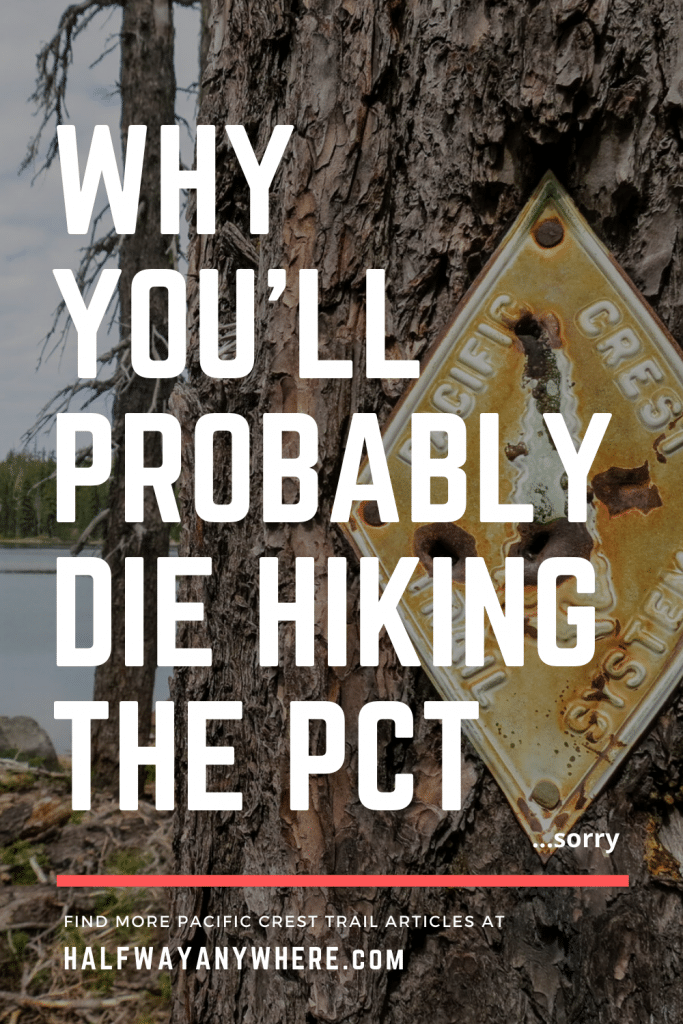