The Arizona Trail (AZT) spans 800 mi / 1,287 km from the US-Mexico Border (in Arizona) to the Arizona-Utah border. It’s one of the few long-distance trails in the United States that, in addition to being welcoming (and intended for) backpackers, is also open to bikepackers.

Despite, for some arbitrary reason, backpackers and bikepackers (and/or mountain bikers) being at odds with one another, I don’t feel it necessary to pick a side here (it’s like a cat or dog thing – having to choose your “favorite” makes no sense). I dipped my foot into the world of bikepacking – or bike touring(? still not sure if bikepackers and bike tourers can be friends – or if there’s really a difference) – when I rode my bicycle 2,428 mi / 3,907 km across the Australian Outback. Now, I’m ready for the next installment of wheel-assisted adventure.

I have recently purchased a mountain bike (my touring bicycle that took me across Australia was stolen by a Sacramento resident whom I hope has horrible things done unto them by the universe) and have been experimenting with what it means to “go mountain biking”. It turns out that mountain biking (what I expect the Arizona Trail to be) is a lot more difficult than I had hoped it would be. No, it seems that bicycling uphill around a rock-filled switchback isn’t quite as simple as “just pedal and everything will be chill”.

I’m not too worried about the logistical side of things – I feel like I’ll be more or less ready for that with all the backpacking experience – it’s the gear side of things that I’m now calling into question. I am having flashbacks to my pre-backpacking days while trying to plan my first thru-hike. My bike is currently surrounded by probably a dozen different bags (most of which will be returned) as I attempt to figure out how to best go from packing everything I need into a single large compartment on my back to packing even more things (because now I need all the bicycle things) into various compartments dispersed throughout the various empty spaces around my bicycle.

Can we still call mountain bikes bicycles? Or is that not cool? Is it like the same deal with calling hiking “walking”? I guess I’ll find out.

The only complications I’ve encountered in my planning thus far? Donald’s failed wall project has left the southern terminus of the Arizona Trail closed and off-limits to hikers and bikers alike (nice job, Donald, you asshat), and the Grand Canyon’s restriction of bicycles. The hiking version of the AZT differs slightly from the biking version of the AZT, but to reroute the biking route around the Grand Canyon would literally add hundreds of miles. The solution? Carry your bicycle through the grandest of canyons. 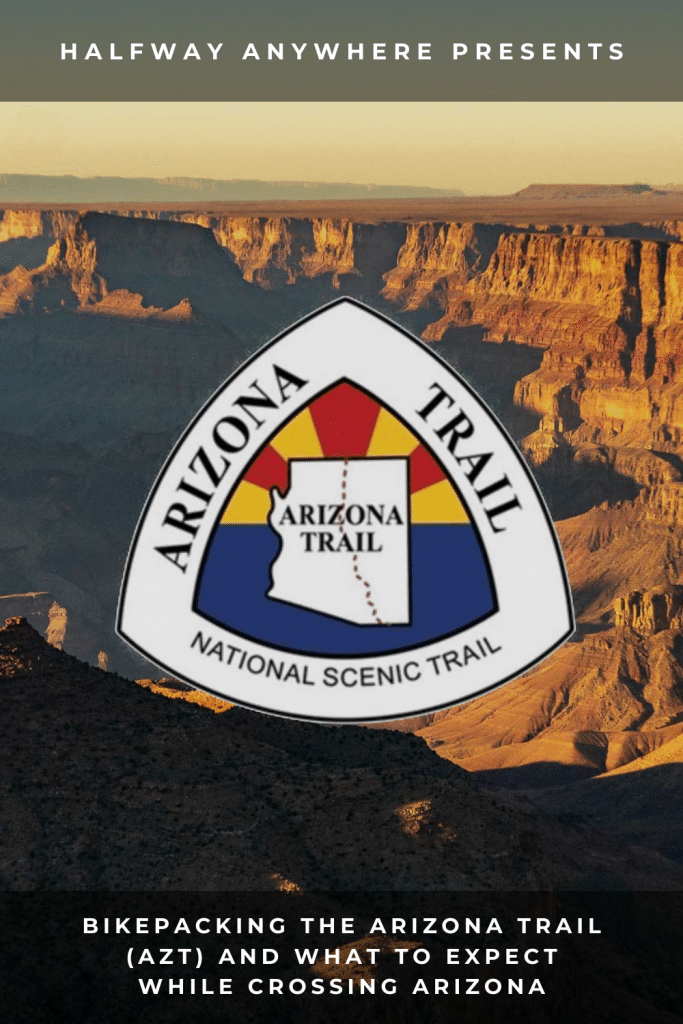