A Beginner’s Guide To France

Oh, France. Whether or not they've been, France is one of those places that everyone seems to think they know about.

There's always someone telling you how beautiful Paris is, how you have to try the wine, or how the people will refuse to speak English to you (yeah, learn French you lazy bastard), but you really shouldn't listen to any of them until you see it for yourself (however, you may listen to me in lieu of seeing, I am unwavering in my commitment to objectivity and accurate interpretation).

French cuisine is impossible to narrow down to one traditional dish (yes, we know they eat snails). Every region has its own specialties and it really comes down to the quality of the products used when deciding what's best. That being said, here are some examples of what you might find: 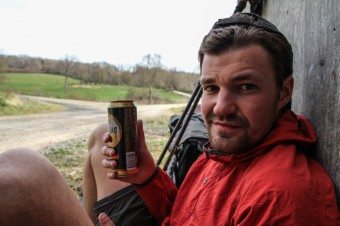 I would like to thank the good Mr. Indie for helping me put this post together. A Frenchman since birth, Indie has traveled the world, impressing the masses with his stunning good looks and genuine kindheartedness. Recently, he made the pilgrimage from Mexico to Canada on the Pacific Crest Trail, and he has now returned to France to search for his next great adventure. Check out Indie's posts here.

So basically, if you've got a problem with anything here, take it up with him.