How To Execute the Thumbs-Up in Brazil

Some things here in Brazil, once strange and unfamiliar customs that confused me in uncomfortable ways, have somehow become second nature to me (and I’m not just talking about eating HALLS).

Let us take a closer look at the hand gesture known commonly as the “thumbs-up”, beginning with its definition according to Wikipedia (the ultimate source of knowledge in the world): A thumbs-up is a common hand gesture achieved by a closed fist held with a thumb extended upward in approval.

And according to Urban Dictionary (the source of all the rest of the world’s information): The final affirmation.

Finally let’s put it into context for anyone who is still confused as to what it is we are attempting to address here. You may have encountered a thumbs up if you are:

Everyone understand? If not, do you know what I thumbs-down is? Alright good, that’s what you get for not understanding.

I remember thinking when I first arrived in Brazil that the thumbs up was, for lack of a better description, pretty lame. It was something that I recall using (with the noted exceptions above) only whilst being sarcastic, mocking someone’s uninteresting story and/or statement, when I could not talk and wanted to say “yes” to someone who does not understand the meaning of a nodding head and likely other scenarios that I cannot currently recall. 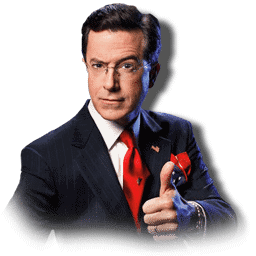 But Brazil has done it again, taking this simple hand gesture and transforming it into a versatile tool of communication gods. Here, the thumbs-up can be used in practically any social setting and is employed and understood by everyone from my porteiro to my professors. Something the thumbs up is used in place of speaking (which is good since a lot of you out there struggle with social interaction) as we can observe in the following conversation achieved only through the use of thumbs: thumbs-up (hey there); thumbs up (you alright?); thumbs up (yeah everything’s fine); thumbs up (alright well if you want to talk about it later let me know); thumbs-up (sounds good, you trying to hit up some açaí?). It is truly incredible. What can be accomplished via this single and simple gesture, I could have never imagined.

I am now indiscriminately throwing down the thumbs-up dozens of times per day, and the level of ridiculousness I remember Brazilians exhibiting when I arrived over eight months ago has all but been eclipsed by my new lifestyle.