Out and Back Podcast – Episode 41 Thru-Hiking Secrets

The Out and Back Podcast by Gaia GPS, hosted by Andrew “Shanty” Baldwin and Mary “Hiker Midnight” Cochenour, is by far the best conversation I’ve had with a podcasting duo. We delve into the results and stories behind the Pacific Crest Trail Survey and the Continental Divide Trail Survey before touching on trail angels, trail families, how long-distance trails have changed over the past decade, and more.

It was a joy to record with them and most certainly something I hope to get the opportunity to do again in the future.

Here’s the synopsis from Out and Back.

On today’s episode of Out and Back, Mac weaves his eight years of survey data together with his first hand observations to illuminate how the PCT and CDT have evolved over the past decade. Hint: he doesn’t think it’s all been for the better. He also dishes out his controversial view of trail angels and trail magic. Plus, Mac explains why he hates the word “tramly” (aka “trail family). Finally, you may have noticed the elephant in the room: Mac has not thru-hiked the Appalachian Trail and does not conduct an AT survey. In fact, Mac swears he will never hike the east’s longest trail. He explains why he feels this way…and of course…Shanty will try and change Mac’s mind about it…

I had a great time recording this podcast and thought it was great that they wanted to delve into the results of the thru-hiker surveys. We also touch on how Halfway Anywhere got started, my time in Japan, and how I went from “thru-hiking is stupid, I’m never doing this again” to having it basically define my life and who I am now. It has been a long and interesting road to get to where I am now.

You can stream the entire episode here or by employing the podcasting app/streaming service of choice. I think I’ve started doing a fairly good job of not making untrue claims on podcasts although there are a few near misses in this one. The one thing I do need to focus on in the future is not saying “like” so much. Damn you, California in the nineties, this is your fault.

If I did in fact make any glaring factual errors, feel free to let me know in the comments.

If you’re interested in checking out the Gaia for an upcoming adventure, you can find it for both iOS and Android (there are free and paid versions available). 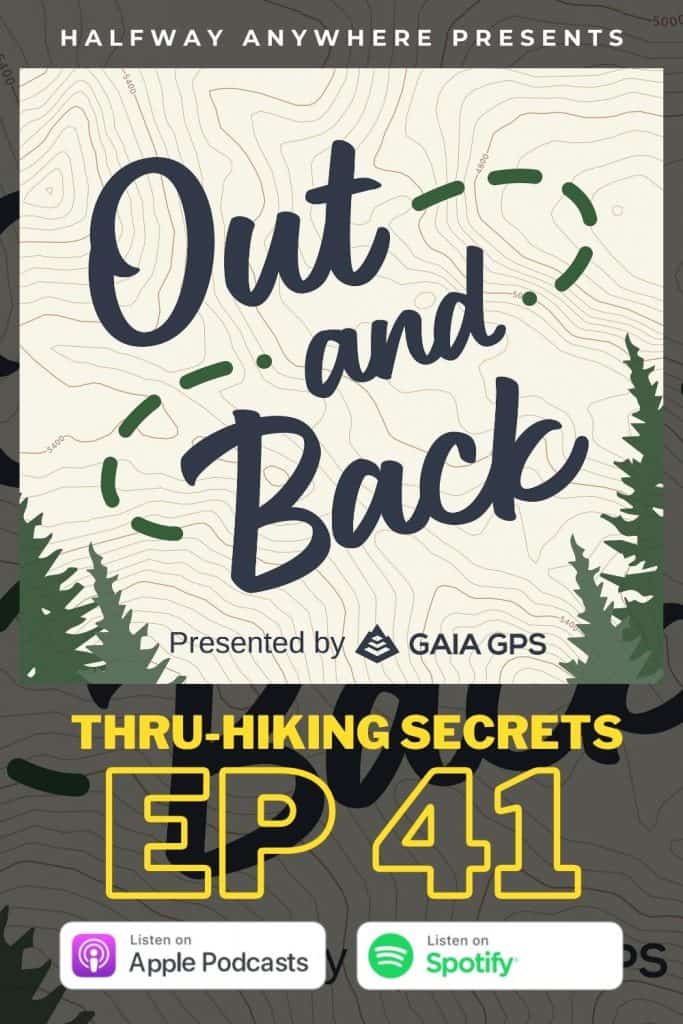 Great interview. Loved hearing more detail about the surveys. I agree about the use of “like,” mainly in the beginning. You still sound honest and authentic and knowledgeable. And charmming.

Thank you, Jane! I suppose “like” just gives credence to the fact that nothing is scripted 🙂

Well this sorted my bike ride home out for tonight. Excited to listen 🙂

I really enjoyed this one – I hope you do, too!