Will you sleep together? Separate? Who will carry what part of the tent? Will you use a two or three-person tent? Will you bring no shelter and cowboy camp every night until it rains and then have a huge, relationship-ending fight?

I may start asking, as part of the PCT Survey, which gear couples split between one another (e.g. if they only carried one stove). If you're a prospective couple planning to hike the PCT and are looking for more data beyond the PCT Gear Guide, leave a comment below or get in touch and let me know what you think.

The REI Co-op Quarter Dome 2 was the highest-rated shelter among couples on the Pacific Crest Trail this year. It's a two-person, side-entry, freestanding shelter that weighs 3.75 lbs / 1.7 kg. It was also the fifth most common shelter among couples. It comes with stakes, guylines, tighteners, a pole-repair tube, a pole bag, and a stake bag.

Most Common PCT Shelters for Couples

Of the most common shelters for couples, we have two, three-person shelters and three, two-person shelters. This follows my personal strategy of selecting the “best shelter capacity”. The number of people using the shelter + 1. Quite scientific, I know.

Nobody (or at least very few people) uses double sleeping bags or double sleeping pads. Honestly, it wouldn't be wise to do this in the case that you were somehow separated from your partner.

If you have any questions, suggestions, concerns, or awe-inspiring statements to make regarding the data here (or the data in the PCT Survey Gear Guide), then leave a comment below and let me know. 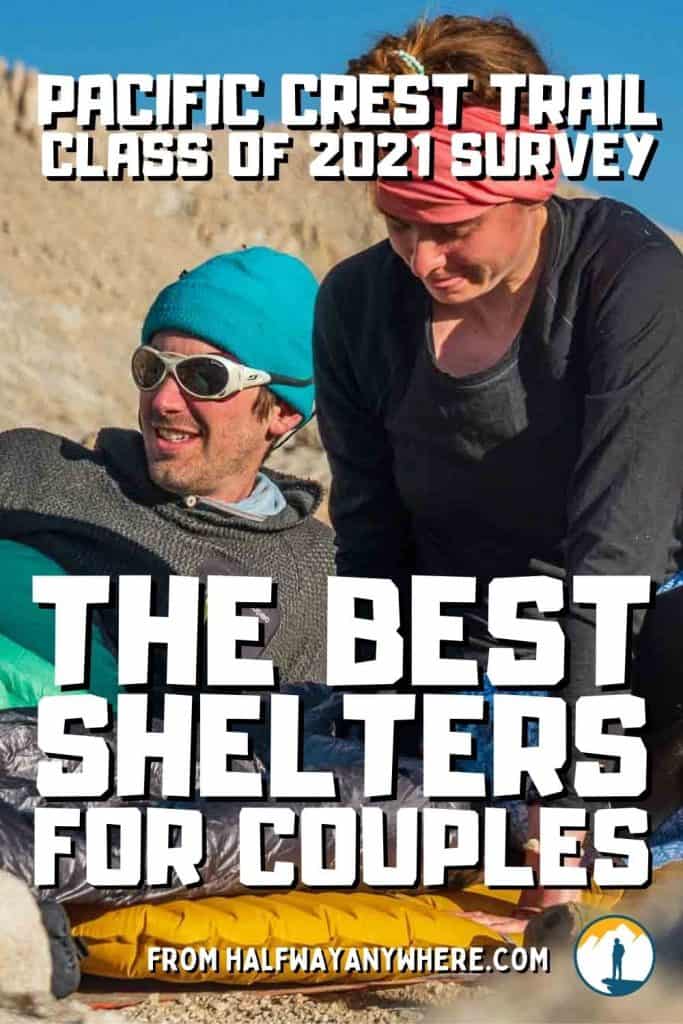