Oregon may have been my least favorite section of the entire Pacific Crest Trail thus far.

An unchanging tunnel of densely packed trees with hardly any sights, Oregon nearly drove me to abandon my quest for Canada. With the monotony of Oregon's landscape also comes more rain and more gloom (previously the worst part of the PCT). I found myself regularly shrouded in fog and missed some of the best sights in the state as a result (the entirety of the Three Sisters Wilderness).

Your resupply stops now become small lake resorts instead of cities (so make sure to stock up in Ashland – your first stop after crossing the border), and your water sources become few and far between (the thirty miles immediately before and after Crater Lake were completely dry; apparently the potential for water exists, but I was not fortunate enough to encounter said resources) – it's reminiscent of the desert, but with more trees.

The rumors surrounding Oregon-hiking state that the trail becomes incredibly flat and that thirty-mile days can be accomplished with ease. This information is true to an extent, but if you go into Oregon thinking it will be a cakewalk, you're gonna have a bad time (but there are significantly longer stretches of flat along the PCT in this most boring of states).

Calm down Oregonians, Oregon was still enjoyable, but it was no Sierra.

Literally the moment I reached the California/Oregon border, it began to rain (why must you reinforce stereotypes, Oregon?), and it did not stop for three days (luckily you can reach the town of Ashland in a one day push after crossing the border).

But all hope is not lost! You still have Crater Lake, Mount Jefferson, and Mount Hood to look forward to – all are quite majestic. However, my favorite section of the state was the last seven miles leading up to the Oregon/Washington border which included a maze of rivers, waterfalls, and swimming holes (take the Eagle Creek alternate!) 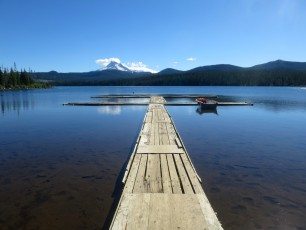 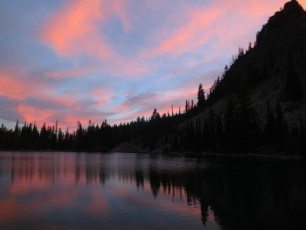 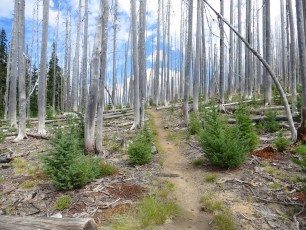 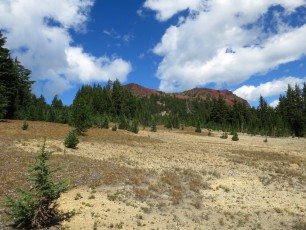 Hitching in Oregon was easy, and unlike California, you are allowed to stand on the highway and hitch in Oregon (although I still recommend on ramps). Also, for whatever reason, the clouds in Oregon were absolutely beautiful – so beautiful I could have sworn that I accidentally ate some of those awesome looking mushrooms.

The following locations in Oregon were lucky enough to be graced with my presence:

Be warned: Crater Lake is quite inhospitable to hiker trash. See their “Welcome Poster” below.

As a result of the volcanic eruptions responsible for Crater Lake, Oregon is riddled with hundreds of smaller (yet decently sized) lakes as well.

Many of these lakes are accompanied by a small resort complete with an extraordinarily overpriced store (I would not suggest buying your resupply from any of these stores). The benefit of these resorts is that they offer plenty of unsuspecting fishermen and boaters to yogi beer or food from.

So what about the plant life? The animals? Mushrooms dominate the ground (yes, I know that mushrooms aren't technically plants), and most of the animals I saw were being killed by hunters. Yes, deer hunting season begins while many hikers are making their way through the state, and gunshots can be heard on a regular basis (so do your best to not get killed by maybe the most legitimate threat on the PCT). 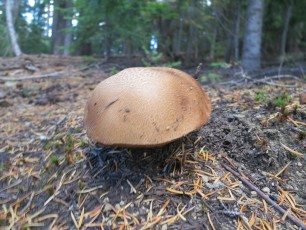 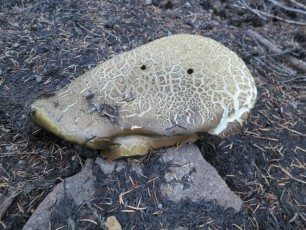 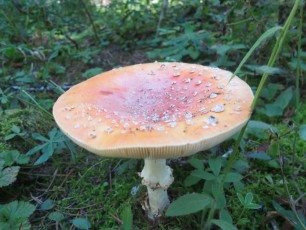 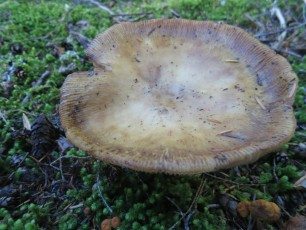 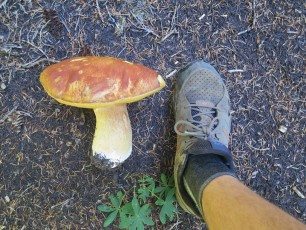 Upon reaching Crater Lake I finally decided to go stoveless. My stove, pot, windscreen, and fuel were all subtracted from my pack; this not only lightened my base weight, but it freed up valuable space in my pack as well.

Was I happy with this decision? Extremely.

Cooking on the trail became an incredibly tedious task for me that I would avoid when possible. The last thing I wanted to do after hiking until dark was spend half an hour preparing myself a meal when the alternative was chowing down on cheese-filled tortillas in my tent (cheese and torts became the staple of my diet following my decision to go stoveless).

Oregon presented a huge mental challenge for me (which was fitting since physically the trail was quite manageable).

At many points during my time in Oregon I was convinced that I was going to get off the trail. I cannot pinpoint a reason as to why my attitude turned in Oregon (maybe it was because the trail in Oregon was so boring?), but needless to say, I thought my adventure was coming to an end.

However, once you get to that Oregon/Washington border, you have come so far that abandoning the trail would surely bring sadness to your heart. And so the adventure continues.

I respect your POV. You came into Oregon and it rained. Then it was probably very hot and dry. Depending on the time you came through, there may have been a ton of mosquitoes in the first hundred miles. You started questioning life, and your experience became tainted.

That’s really unfortunate. The reality is that Southern Oregon sucks, but central and northern Oregon is a hit parade of spectacular mountains. Most people, like me, think it’s amazing, and your pictures bear that out.

Does it bother you when people have opinions different than your own, Anthony?

Mac, thanks so much for sharing all your experiences – I’ll be a first-time NOBO hiker this year, and I’ve learned so much from your stories. 🙂

“I cannot pinpoint a reason as to why my attitude turned in Oregon (maybe it was because the trail in Oregon was so boring?)”
This was probably due to lack of vitamin D with all that rain. I saw that a lot when I lived in Seattle. O_o

This is a good point. It may have also been because Oregon is boring? I would keep expectations low.