As part of the Pacific Crest Trail Hiker Survey, I ask hikers what their lowest moments on the trail were and when, if ever, they encountered a situation where they felt legitimately afraid or in danger (e.g. when you’re about to be eaten by a bear).

Sadly, the PCT is more than following a line of dirt filled with trail angels waiting to help you up and along your journey at every moment – a lot of it, if you’ll allow me to be a bit crass, sucks.

I hate to say it, but the Pacific Crest Trail could very well be your last adventure on this Earth – you may end up buried in an avalanche, dehydrated in the desert, trapped in a forest fire, or in a car with a drunk driver. Hopefully, none of this happens, but we can’t quite rule it out.

As a part of the thru-hiker survey, I also ask hikers, “What (if anything) was your lowest moment on the trail?” We all share and get to see photos of those glorious sunrises, sunsets, and mountain vistas, but the lesser shared (and possibly far-more-frequent) moments of misery and frustration also deserve a look.

In this vein, I wrote a post documenting my 11 Worst Moments On The Pacific Crest Trail. If you go into a Pacific Crest Trail thru-hike believing that every step of your hike will be a fabulous journey to finding your soul, you are mistaken, friend.

Read the following knowing that any one of these things could (and very well may) happen to you, should you find yourself on the PCT.

Terrible Moments on the PCT

Sick and injured on the PCT

Why the Desert was terrible

Why the Sierra was terrible

Why Northern California was terrible

Why Oregon was terrible

Why Washington was terrible

Have your own tale of woe from a Pacific Crest Trail thru-hike? Leave a comment below and warn future PCT classes of the awfulness that awaits them on their thru-hikes. 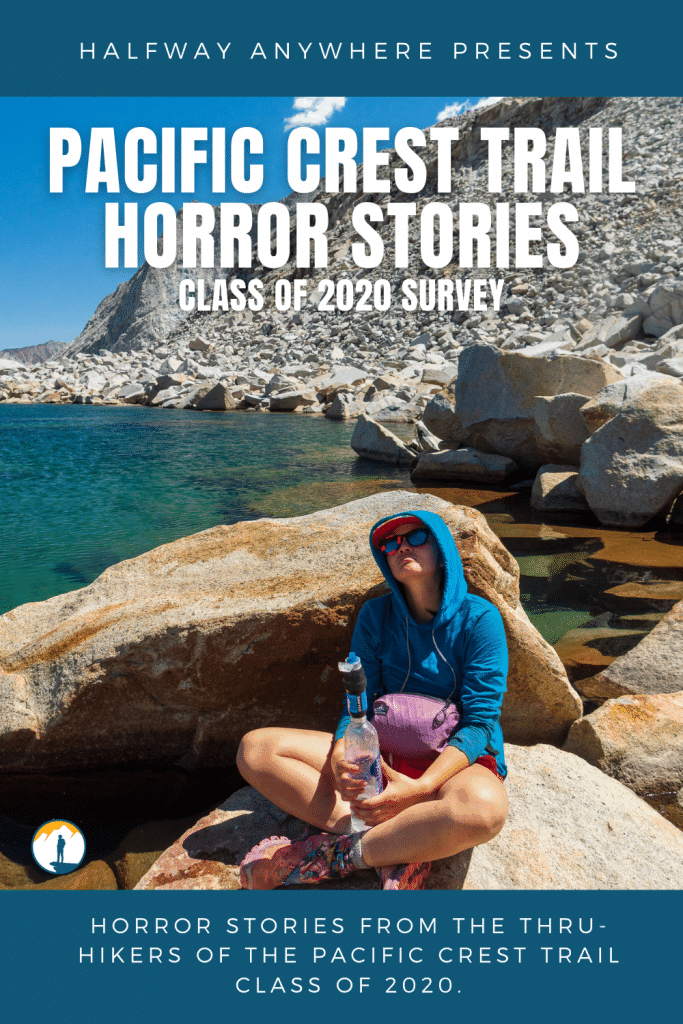