Finally having made it to Washington, there was no chance I was going to voluntarily end my Pacific Crest Trail journey short of the Canadian Border.

Only 500 miles stood between me and the completion of perhaps the greatest physical undertaking of my life. Days ahead of all my trail buddies, I hit the ground running in Washington, completing the first 150 miles in just five days (including elevation gains of 29,455′ and losses of 25,248′ – perhaps my strongest section of the entire trail).

My demeanor had changed dramatically since beginning the trail almost four months ago. I hardly ever carried water anymore, I rationed food to save weight, all unnecessary gear was removed from my pack, I did not know if I would see my trail friends again, I no longer cared about making new friends on the trail, I wanted only one thing now: to get to Canada as quickly as possible (because, quite literally, winter was coming).

Before arriving in Washington you hear two things about the state: it is beautiful, and it is difficult.

After 450 miles of mountainless Oregon, Washington reminds hikers that the PCT is not something to be taken lightly. Washington reintroduces huge climbs and steep descents to thru-hikers, and when combined with the increasingly frequent rain, fog, and freezing temperatures, the state presents a significant challenge (however, for anyone who has come this far, physically the trail is quite manageable). 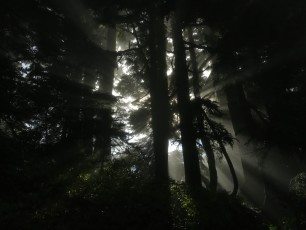 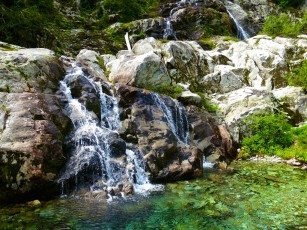 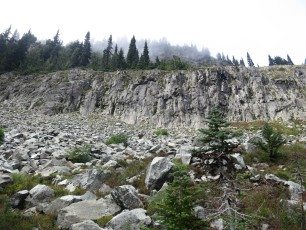 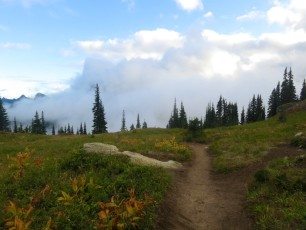 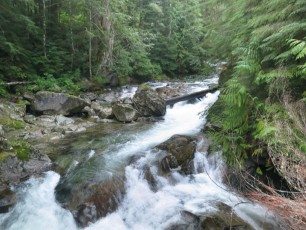 You hear tales of Washington's beauty after departing the Sierra and becoming fed up with the drab that is Northern California and Oregon. “Goat Rocks”, everyone says. “Goat Rocks, Mount Adams, Mount Rainier – Washington is beautiful,” they say.

And for once, they are right.

The Pacific Crest Trail in Washington is far superior to Oregon, and the reward of having made it this far is well worth it. Unfortunately, a significant portion of my time spent in the state was in the company of extremely dense fog (causing me to completely miss the Goat Rocks Wilderness – supposedly one of the most beautiful sections of the trail).

If I was going to hike a portion of the trail over again (opposed to the entire thing…which is a possibility), then it would definitely be the Sierra. But Washington is a close second. The weather is really what killed it for me in the final stretch, and had I encountered blue skies, sunshine, and rainbows, my favorite may have turned in favor of the final PCT state. 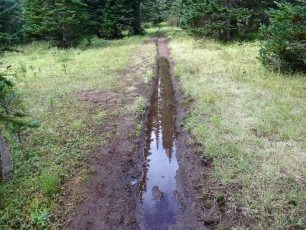 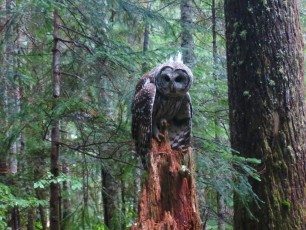 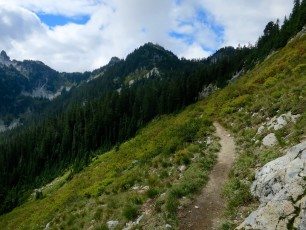 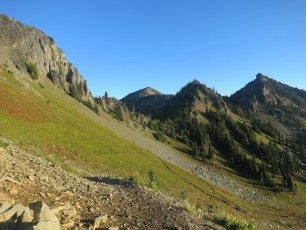 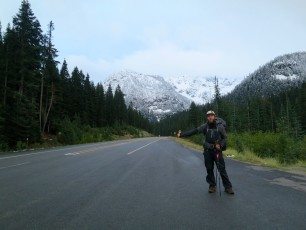 Arriving at White Pass (my first Washington resupply) I ran into two familiar faces headed back out to the trail: the only two hikers I met in the desert (and who were still on-trail to my knowledge). This was refreshing as I had not seen a familiar face in some time; unbeknownst to me at the time, this chance meeting would prove critical in my reaching the Canadian border.

My journey would not end in the fashion I expected. Washington's largest September storms on record had something else in mind.

My stops between in the state of Washington included:

A lot of hikers say they would send resupply boxes to all of Washington (in retrospect). I have no problem with this prescription, and I sent boxes to the majority of my Washington stops, as well. However, future hikers should know that it is feasible to buy your resupply in all of Washington (with the exception of Stehekin).

THE WEATHER AND FINISHING

Since hitting the trail's midway point, everyone has loved to talk about their expected finishing date. But with so many miles remaining, said talk has been nothing more than speculation up until this point in time.

With only 500 miles remaining the picture becomes clearer in the Washington. The second week of October is the magical time everyone hopes to finish by (rumor has it that this is when winter typically arrives), but I was aiming for early during week one.

Turns out this wasn't early enough. 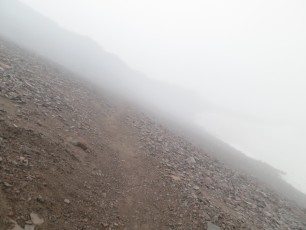 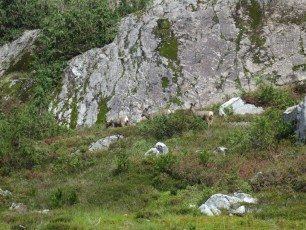 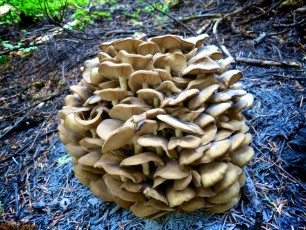 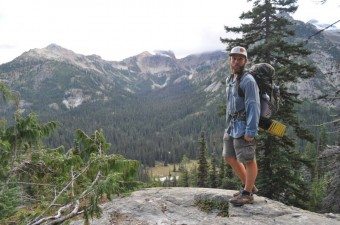 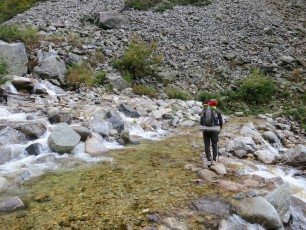 Washington was hit by its largest September snowfalls on record, and after being turned around north of Skykomish, at Cutthroat Pass, and at Harts Pass, I now sat in Winthrop, Washington watching the dream of reaching the PCT's northern terminus slip away.

Many of my fellow hikers had already ended their hikes prematurely due to the knee-deep snowfall and whiteout conditions. When you add in the convenient government shutdown of the national parks (parks the tail ran through which were now inaccessible), it meant that even more hikers had to end their hikes before the Canadian border.

But wait! Remember those friends I ran into at White Pass? Turns out they were also stuck in Winthrop, and turns out also that they had a car, and more also turns out that they were using that car to drive to Manning Park (in Canada) where they then intended to hike the seven miles south to the US/Canada border and the location of the PCT's northern terminus. 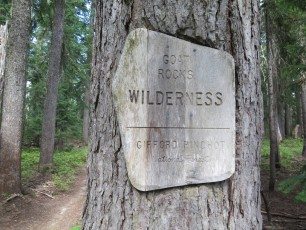 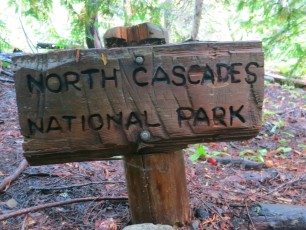 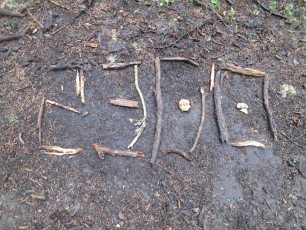 We piled into the car and drove up to the border. A few hours later we arrived at the Nighthawk border crossing where we were given a bit of a hard time by the border patrol agent. After successfully making it into Canada we drove for another hour before the trip got exciting and smoke began billowing from under the car's hood. We pulled over and proceeded to blankly stare at the smoking engine, not knowing what to do.

Long story short: after coasting the car down a hill, pushing the car up a hill, meeting a nice Canadian wrecker driver (wrecker = tow truck in Canada), and soliciting a couple of hitches we arrived at the fabled Manning Park. A good night's sleep and a seven-mile hike south to the border put me at the northern terminus. My PCT journey was officially over.

Those seven miles back to Manning Park were some of the longest of the trail. I didn't know what to feel. I still don't.

Washington was worth it.

I never knew that walking dozens of miles through the freezing rain, climbing into my sleeping bag wearing all of my clothing, and then discovering that I am still freezing cold could be so rewarding. But that was nothing compared to packing your now soaking wet tent and sleeping bag into your backpack come morning and then repeating the process again (only this time your clothes start out wet – putting on your soaking shoes has to be the best part). 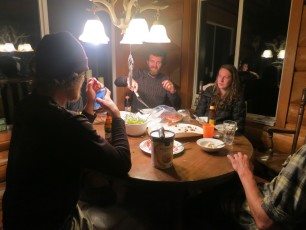 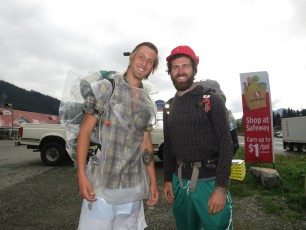 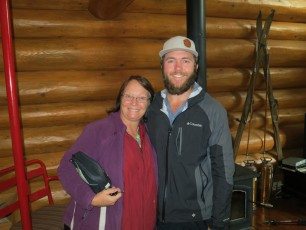 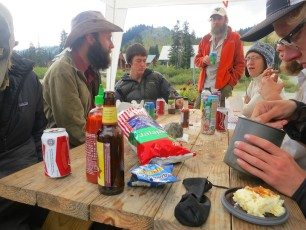 If you have made it to the Oregon/Washington border, then do yourself a favor and (try to) make it to Canada.

The entirety of Washington is awesome (except the first big climb out of Cascade Locks), and Washington is your final opportunity to live the glamorous life of the hiker trash.

The thought of never seeing Appa, Indie, Moist, Rooster, or any other hiker trash again claws at my soul like an angry abused kitten. Even more heart-wrenching? Knowing that I am going to have to do the entire thing over again one day. The entire thing. 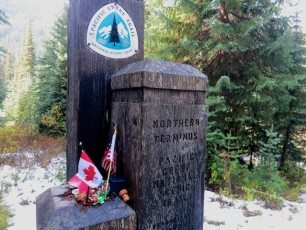 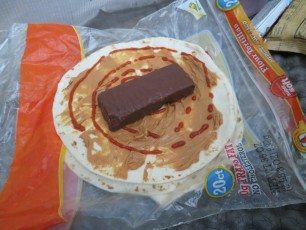 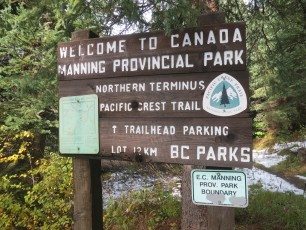 Fantastic story! I’m curious about the government shutdown affecting the national parks. Did hikers go through anyway? (Who is going to stop them?) Or did they find an alternate trail or just hitch around it?

A lot of hikers went through anyway (I don’t think we were supposed to be in the North Cascades while we were), but some hikers chose to do long road walks to the border.